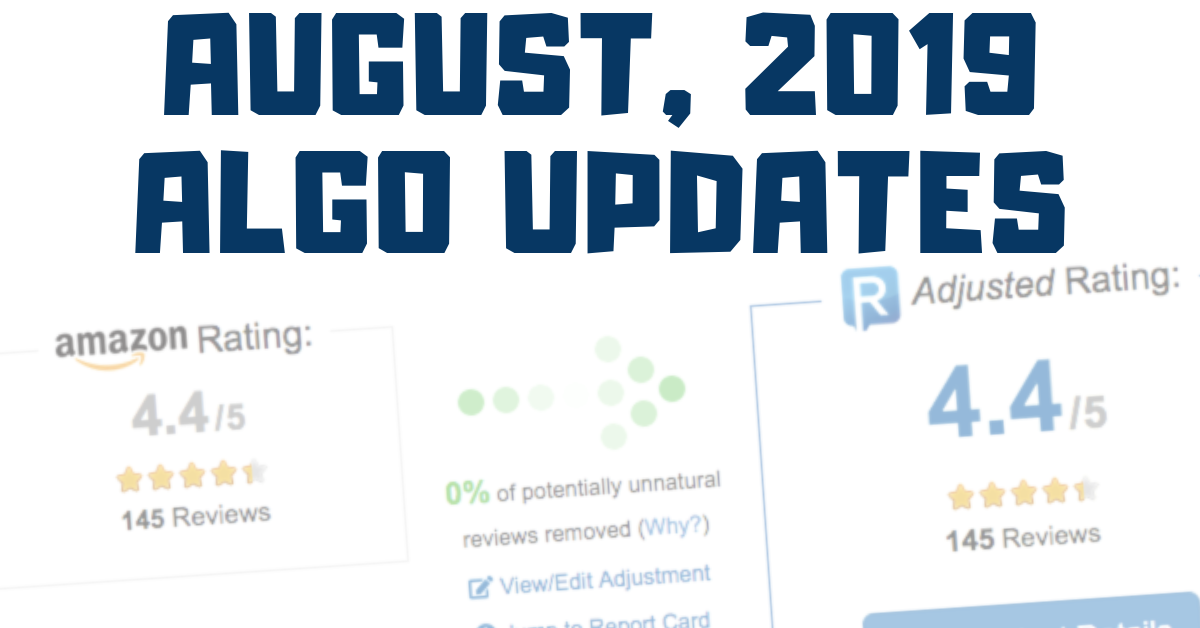 A few weeks ago we pushed an algorithm update that had been in the works for some time.  Essentially we tweaked the way that the algorithm calculates the adjusted rating, adjusted review count and the overall PASS/FAIL/WARN result.  Everything else before that is almost exactly the same as before.

Just as always, we’re first using the various tests to calculate a “Trust” percentage for every single review.  This “Trust” (sometimes called a weight) is between 100% and 0%. Nothing has changed in this regard. However, the way we use these weights is now different.

We’ve realized that this could be somewhat misleading.  In the example above, every review is rather trustworthy.  It’s not fair to say that we’ve removed 5% of reviews in this case, because all of them look pretty good.  Showing that 0% of reviews were removed and saying that we didn’t find anything suspicious is a bit more fair.

We’ve decided that instead of partially counting some reviews, it’s better to entirely count or completely throw out each review.  So in the example above (every review has 95% trust), you’d now see that 0% of unnatural reviews have been removed and the adjusted review count is still 100 reviews.

The line is drawn at 20%.  Any review with 20% Trust or higher will be fully included in the adjusted rating and review count, and any review with less than 20% Trust will be thrown out entirely.

How is it possible to have 0% unnatural reviews for a product?

We’ve seen this question asked several times since pushing the new algorithm and I think it’s being asked people who are accustomed to seeing every report showing at least a few % of potentially unnatural reviews removed – however, it’s important to think about this from the perspective of someone who has never used ReviewMeta before.  Doesn’t it seem likely that many listings on Amazon have nothing wrong with them? Surely sellers aren’t manipulating the reviews on every last listing – so the ReviewMeta reports should reflect that. If we don’t have sufficient reason to believe there is something suspicious going on with a listing, we shouldn’t be telling people that we’re throwing out reviews.

Remember that ReviewMeta is an estimate, and you can still pop the hood and turn the knobs yourself.

It’s important to always keep in mind that what we’re doing here isn’t magic.  We don’t have a superpower that shows us the truth behind every review. What we’re doing (and what any fake review detector – including Amazon is doing) is a sophisticated estimate.  We can’t guarantee that we’re always going to get every last report perfectly correct.

Furthermore, you should remember that ReviewMeta is a tool, and there’s a lot of hidden features to get the most out of our site – see our “Hidden” features for Power Users.